The Plant EcoFizz is group usually consists of four PhD students,  a Research Fellow, a Postdoc and two or three honours students. There are usually a few undergraduates doing projects and students and academic visitors from overseas and interstate. 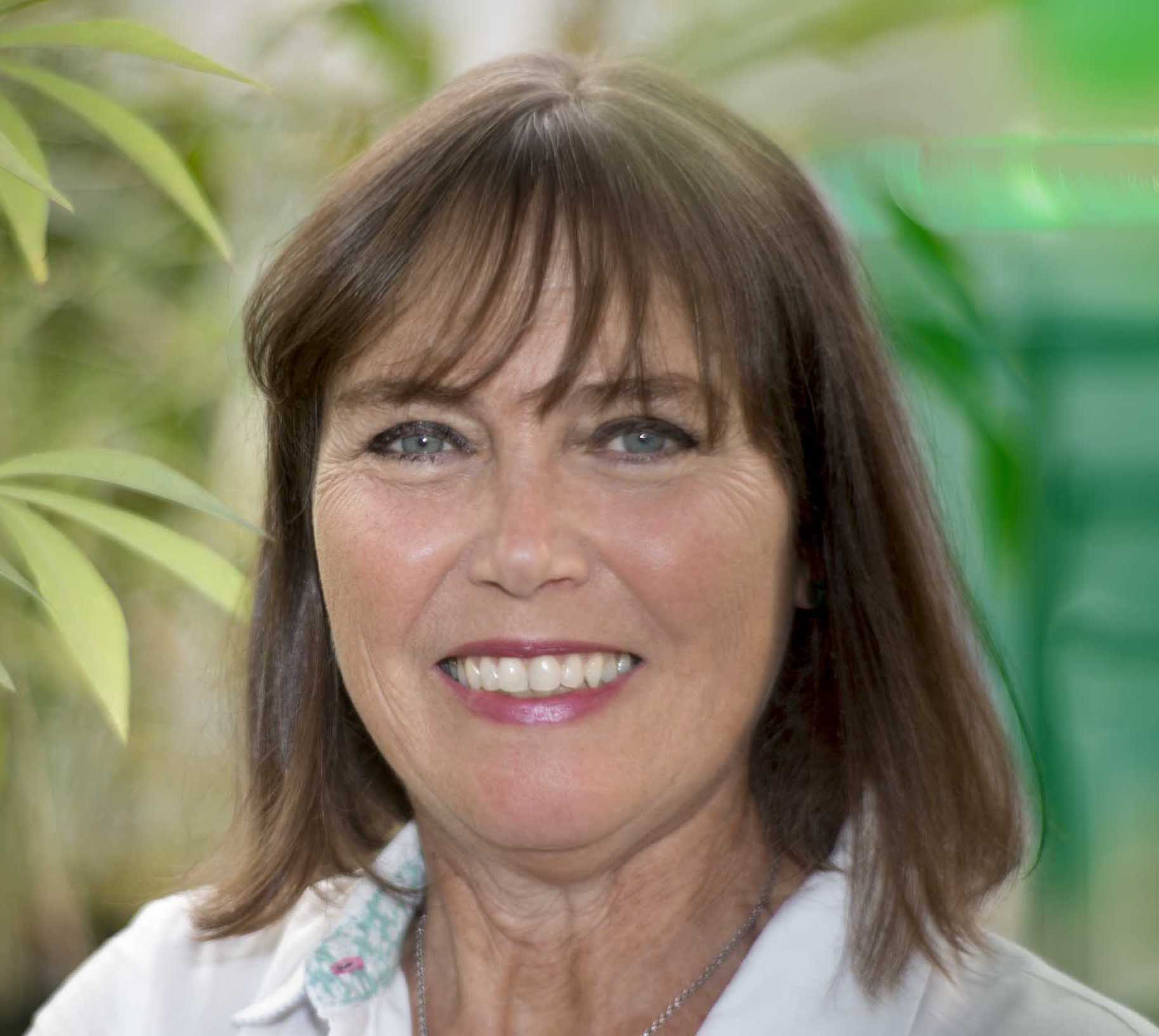 Ros Gleadow leads the Monash Plant Ecophysiology group. Her broad research area is on the interaction between plants and their environment. Her current focus is on the effect of climate change on crops that make cyanide, e.g. sorghum and cassava.  For more details and an up to date list of publications go her official Monash site.

In 2007 Cecilia joined what is now the Plant Ecophysiology Group iinvestigating the molecular control of cyanogenesis in crop species, primarily forage sorghum and led the program to create our  acyanogenic  EMS mutants. Cecilia has had a varied career. After completing a BSC (Forestry) at the Australian National University (Canberra) she worked in Tasmania for private industry developing elite eucalypt varieties. With an increased interest in research, particularly molecular biology, Cecilia returned to study at the School of Botany at Melbourne University investigating sexual reproduction and fertilisation in plants and worked part-time at Calgene Pacific (later Florigene). At Monash she did a post doc on the phenomenon of desiccation tolerance in the resurrection grass, Sporobolus stapfianus, an area which she still actively researches

Elizabeth graduated from her Bachelor Science degree at the University of Melbourne in 2005, majoring in botany and zoology. She gained first class Honours in Prof Ian Woodrow’s Plant Physiology Lab, investigating cyanogenesis in Eucalyptus camphora. and continued her work with cyanogenic eucalypts during her PhD in collaboration with Prof Birger Møller’s at the University of Copenhagen in Denmark. She is now based in Copenhagen but spends time each year with the EcoFizz Group here at Monash.

Harry is a current PhD student at Monash University. He is currently researching the wild relatives of sorghum crops in terms of their morphology, physiology and conservation prospects. Harry aims to augment the use of these wild relatives in crop improvement through determining the advantageous traits they possess for introduction to sorghum, as well as highlighting the major improvements that could be made to their conservation. Knowledge about and effective conservation of crop wild relatives is vital for ensuring the persistence of their genetic diversity for future use in research and breeding.

Georgia is currently undertaking an interdisciplinary PhD at Monash University between the disciplines of Biological Science and Indigenous Studies. Her research examining the social and chemical ecology of Australian Cycas species seeks to determine the toxic make up of Australian Cycas species and examine the breakdown of toxins through different Indigenous processing methods. Combining perspectives and approaches of both western and Indigenous botanical knowledges, this research seeks to elicit deeper understandings about the toxicity of cycads and their role in Indigenous society and culture. Prior to her PhD, Georgia completed a Bachelor of Arts and Bachelor of Science in 2016, majoring in Plant Sciences and Indigenous Histories and Cultures. She went on to complete an Honours degree in Plant Sciences, researching the salinity tolerance of the Pacific staple taro. In 2018 Georgia completed a second Honours degree in the Monash Indigenous Studies Centre, examining the impact of science-based land management on the inclusion of Indigenous voices and knowledges in land management planning for Indigenous land.

Alicia completed her Bachelor of Science and Arts double degree with majors in Genetics and Linguistics in 2013 from Monash University, followed by Honours under the supervision of Dr. Cecilia Blomstedt and Professor Ros Gleadow. This project investigated the molecular regulation of a key gene in the biosynthetic pathway of dhurrin, a cyanogenic glucoside, in Sorghum bicolor.
Alicia is currently working as a Research Assistant in the Gleadow Lab at Monash continuing with work on Sorghum, as well as assisting with other projects on goldenrod and cassava, and is also responsible for everyday tasks in the laboratory.

Max’s PhD work explored the genetic diversity in the Australian wild relatives of cereal crop Sorghum bicolor for use in crop improvement. Max looked at the cyanogenic status of the wild species and their ecogeographic niches to identify possible genotypes that could be used to transfer improved stress tolerance traits to Sorghum bicolor, particularly against drought.

Benjamin’s PhD project looked at the ecology of species range expansion and invasion, focussing on the tree Pittosporum undulatum. He modelled the distribution of this species, identifying areas of possible future spread, as well as understanding the impact of invasion on local species diversity. Pittosporum undulatum is native to coastal South Eastern Australia, but has spread into dense weedy populations both locally and internationally since European settlement of the region.

Viviana’s PhD project investigated the molecular regulation of cyanide production in the forage crop Sorghum bicolor. In 2019 Viviana started a post-doctoral position investigating algal mechanisms to improve photosynthesis in C3 crops, based at Louisiana State University. Her project is part of RIPE, a global initiative aiming to improve crop yields, funded by the Bill and Melinda Gates Foundation.

Nouman’s PhD project focused on the molecular regulation of cyanogenesis in sorghum, including the influence of hormone application on the upregulation of the key genes in the dhurrin biosynthetic pathway. He also worked on developing a method for the generation of transgenic sorghum, with the ultimate goal of creating acyanogenic sorghum lines.

Heidi graduated from her BSc (hons) at Monash University at the beginning of 2009, majoring in Genetics and Molecular Biology. Heidi then achieved First Class Honours (H1) in Genetics in the laboratory of Prof. John Hamill, investigating pyridine alkaloid metabolism in Nicotiana tabacum and Nicotiana glauca. Heidi has interests in the genetic, biochemical and environmental controls influencing nitrogen-based metabolism and activation and regulation of plant defence pathways that synthesise specialised toxins, such as pyridine alkaloids. Heidi is currently undertaking a PhD in Molecular Genetics in the EcoFizz group in Biological Sciences at Monash University in collaboration with Prof. Ian Baldwin’s group at Max Planck Institute for Chemical Ecology in Jena, Germany. Her work focuses on the circadian control of secondary metabolites, as well as the regulation, ‘cost’ and detoxification of nicotine in Nicotiana species. Heidi has broad research experience, including in vitro and hydroponic experimental systems; plant physiology; gene regulation (qPCR); and the primary and secondary metabolite chemistry in tobacco species.

Cara completed her Bachelor of Science degree with a major in biotechnology in 2007 from Victoria University (VU) then gained first class Honours with Dr. Joshua Johnson, Dr. Alison Duncan and Dr. Bronwen Scott at VU investigating chemoendosymbiotic relationships in bivalve molluscs which enables them to survive in extreme environments. Cara then moved to Monash University to undertake a PhD degree under the supervision of Dr. Alan Neale, Dr. Cecilia Blomstedt and Prof. John Hamill. Her PhD research focusses on the resurrection grass Sporobolus stapfianus, which is a plant with a remarkable ability to desiccate and go into a state of suspended animation during drought, and then comes back to life after a rainfall event. Genes thought to be imperative to this process have been isolated, and Cara is elucidating the function of some of these genes by studying the effects of these genes in Arabidopsis, assaying enzymatic function, gene expression analysis, and identifying protein-protein interactions.

At Monash University undergraduate students can undertake a 9-month research year to gain an Honours degree. Lab head, Ros Gleadow, won the Vice Chancellor’s Award for Honours Supervision in 2014. Here are some of the students who completed Honours in the Gleadow lab:

Students based in collaborating labs